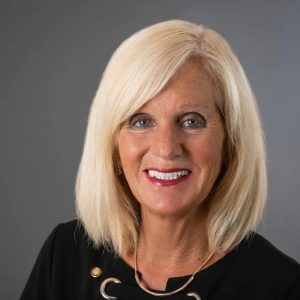 Yvonne’s personal motto is, “Never underestimate the power of a parent’s voice!” She has been involved in PTA for nearly 30 years, serving  Delaware PTA at the local, region and state level in many capacities. She has worked closely with elected officials and decision-makers for years, making a difference in the lives of all children.  Advocacy is her passion.

During Johnson’s term as NPTA VP of Advocacy she was the directing arm of all advocacy issues and served as the voice for families around education issues. Johnson and her Legislation Committee hosted NPTA’s first ever virtual legislative conference and led the effort to form the Public Policy Platform for the 117th Congress. She has successfully assisted in passing many education bills in the state of Delaware and was proud to have received the National PTA 2014 Shirley Igo Award recipient for leading a grassroots advocacy campaign around inclusive classrooms in a local school district. She continues to work with local, state, and federal officials on behalf of all children. Yvonne is committed to the vision and mission of PTA and will serve to move PTA forward. Yvonne is committed to being intentional with PTAs efforts to be more inclusive, diverse, and equitable. Yvonne will be the President of NPTA in June 2023.

Yvonne is the recipient of many recognitions for her work with the Delaware General Assembly including resolutions and proclamations presented to her by the Governor and Lt Governor as well as the Senate and House of Representatives of Delaware for her advocacy work around education issues.

Professionally, Johnson is an independent consultant, working with local school districts on school board reform, family engagement, education funding, grant writing, and community outreach. She is married to John and has three children, Ross(Stephanie), Jessica, and Derrick(Melody), and a grandson, Crew. 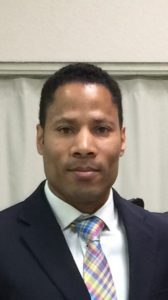 Omar M. Bohler is a product of a single parent home. He and his six brothers and sisters were raised by their loving mother.  Originally from Detroit MI, Omar entered the service at 17 years old. After retiring from the United States Marine Corps with 20 years of honorable service, he began his second career with the Department of Juvenile Justice (DJJ). Within the DJJ, Omar has held several positions through his almost 17-year career, but currently serves as the Deputy Chief Probation Officer for Circuit 18 (Seminole and Brevard County).

Omar has a Bachelor of Science; a Master of Public Administration, and is a Certified Public Manager. Additionally, he has completed a certificate program on Diversity and Inclusion. Omar has been presenting on subjects specifically related to race and bias for nine years and has been trained by DJJ to deliver specific curriculum related on bias in detention and case management settings. 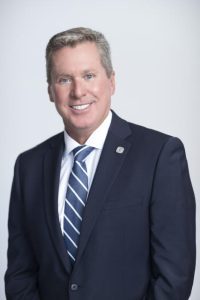 As the Superintendent of the A-rated School District of Palm Beach County, Mike Burke is passionate about ensuring academic excellence and paving the way to post-graduate success for the District’s more than 170,000 students who attend nearly 180 schools. He is deeply committed to the School Board’s mission to educate, affirm, and inspire each student in an equity-embedded school system.

As Superintendent of the tenth-largest district in the nation, Mr.Burke also oversees Palm Beach County’s largest workforce. The District employs about 23,000 people. Mr. Burke’s tenure as Superintendent began in July of 2021. He was unanimously elected by the School Board because of his extensive experience with all aspects of District operations and administration spanning more than 24-years.

For most of his career, Mr. Burke served as the District’s Chief Financial Officer and was responsible for both Financial Management and Information Technology.
Mr. Burke has also overseen District Operations, Legislative Affairs, and Labor Relations, and has led several successful referendums to improve funding for public education in Palm Beach County.

Prior to his time in Palm Beach, Mr. Burke served as a budget analyst for Broward County Public Schools for eight years. He earned a Bachelor of Science in Finance from Florida State University and he holds a Masters of Public Administration from Florida Atlantic University.

Mr. Burke grew up in South Florida and enjoys working and living in the community with
his wife and three grown children.

Charlene Zein is Sunshine Health’s Senior Vice President of Plan Product. She oversees all aspects of the company’s Medicaid, Marketplace (Ambetter), and Medicare (Allwell) lines of business, in addition to leading the Provider Partnership Management teams.

Before coming to Sunshine Health, Ms. Zein served in a variety of leadership roles at Gateway Health. She was Vice President over two Medicaid markets and prior to that, she served as Chief of Staff to the CEO and VP of Strategy and Planning, overseeing four departments of key business functions from project management to business strategy and implementation.  Additionally, she served as Chief Operating Officer at EON Health, a startup Medicare Advantage company.

Her passion for helping those in need called her to work in managed care. She brings a wealth of operational and strategic experience to her role.